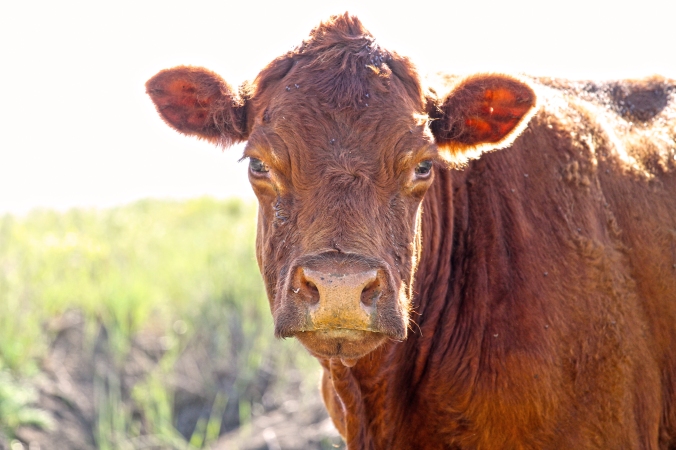 I was hunted.  Like a prey animal being watched and stalked.  For years I was pursued by a man with the most evil and sinister of intent.  I wasn’t wise to it at first.  He used multiple tactics to ensure he didn’t get caught.  Much like a prey animal in the wild, I’d look around staring deep into my surroundings searching.  What was it I thought I heard?  What was it I thought I’d seen?  I had this uneasy feeling, unsettled, unsure and suspicious.  It would come and go.  There were times I was sure I was being watched and even as I tried to rationalize away the feeling, my gut ….. my intuition ….. was screaming to be aware!

One night he refused to allow me to sleep, keeping me awake the entire night.  An argument had turned into me begging for sleep by midnight.  I tried to lay down in bed and he poked, prodded and  pushed me out of bed wanting to continue the argument.  I went to the couch and he literally sat on me.  Back and forth down the hallway we went as I sought some sort of refuge, relief of any kind.  At one point he demanded I take him to the emergency room.  It was about 3:00 a.m. and I was crying, whimpering, begging for him to leave me alone.  The kids were going to be up in a few hours and I was exhausted.  He claimed he was hearing voices.  “You HAVE to take me to town Jess!  I think I’m losing my mind!”  He kept saying over and over, rocking at the foot of the bed.  “I can’t.  I’m too tired.  I would never make it.  And the kids are asleep.  You need to call for help if you’re serious about needing to go to town for a psych eval.”  I stated, delirious and completely resigned to the fact that I wasn’t going to get any sleep.

I finally escaped to the couch only to nod off and startle back awake repeatedly.  The tears rolled down my cheeks, I was desperate for sleep.  Then I heard him … he was on the phone.  Geeze!  What time could it be?  It was barely daylight.  “Ok, Phillip.”  He said.  “She’s a whore.  I’ll get you cash this afternoon for tailing her again this past week.”  I lay there, stunned.  Suddenly, what I had been thinking was all in my head was reality. I remember feeling angry, betrayed and validated.  A weird combination, I know!  I wasn’t losing my mind.  Who the hell was this Phillip person and how utterly and completely bored he must be following me around as I ran errands!?!?!  I recalled seeing the same vehicle either driving a short distance behind me or parked a few rows down from where I was.  I’d try to shake it off, but it would stick with me.  I found myself watching my rear view mirror constantly as I drove, scanning parking lots, the horizon, you name it.  And now I realized I had good reason to be feeling this way.

I’d be out mowing, pulling weeds and otherwise performing my duties as the resident landscaper and recognize the same, unfamiliar vehicle drive by multiple times.  Our road was less traveled, frequented only by those who lived off of it for the most part.  Again, I would rationalize it away telling myself they must be lost or turned around.  People who were friends of my wasband’s would drop by for no reason.  They’d claim they were on their way home or just in the area … we weren’t on the way to anywhere nor were we in any “area”!  It was unsettling at best.  I knew I was being checked up on and not in a neighborly way.  I’d do my best to politely disappear into the house, locking the doors behind me!  Overhearing that early morning conversation validated it all!

And there’s more.  I would talk on the phone with a friend and later he’d repeat portions of the conversation to me mixed in with whatever jabs he was taking at me.  Here’s the thing, he wasn’t there!  As in, I was the only one home, kids were napping and he was “working”.  And yet in conversation he’d throw something at me that I’d said in confidence to someone I was sure didn’t speak to him or had emailed to someone he wasn’t in contact with.  It was unsettling at best.  Unbeknownst to me, the phone I’d been given as a gift for Christmas by him had been copycatted.  There was a sleeper app on the phone that sent all my email, text messages, voicemails, phone calls, Facebook messages ….. you name it, to him.  He knew where I was, when I was, and with whom I was in contact with, 24/7.  I didn’t figure it out right away however when I did ….. well, let’s just say that I quietly poked the bear in an attempt to get him to fess up.  Not the smartest decision I’ve ever made.

I shared about my disappearing dually in my last post.  It won’t surprise you that law enforcement recommended I have it scanned for a Low Jack before driving anywhere.  I’ll leave it to your imagination whether or not one was found.  It was suggested I delete all social media, email accounts, and toss my cell phone and ….. “You need a conceal and carry.”  Law enforcement stated.  Ummm … yeah, you can’t make this shit up!

It amazes me how desperate a covert narcissist can be.  They manipulate the truth to fit their own perceived reality and then act upon it.  As I became wise to the underbelly of my wasband’s sociopathic narcissism, I became hyper vigilant about what I said and to whom I said it to.  I became very aware that he had convinced himself there was good reason to be hunting and stalking me be it that he was sure I was having multiple affairs or that I wasn’t where I said I was going to be, whatever twisted tale he’d schemed up I knew I was on the losing end.

I saw his pick up several weeks ago.  I was sitting at a light with my niece and brother-in-law and as I watched him pull into the drive between the bank and gas station to the stop sign by the grocery store a chill ran down my spine.  I could hear my mentor explain that certain aspects of PTSD don’t go away they merely lessen.  As I grabbed second gear and rolled through the light I did my best to shake off the old feeling of being followed everywhere I went.  The physical abuse was bad enough ….. the emotional and mental abuse was by far the worst and has been the hardest to heal.  Those scars aren’t visible to the naked eye however if you look deep into my eyes you can see them.

“You are powerful, beautiful, brilliant & brave”